Pieter Hollants solaced himself over the downfall of Commodore and the beloved Amiga world by discovering the Un*x/Linux world at the end of the 90s. After fulfilling his duties at the IT support front, promoting himself to "Senior Intern" at Linux outlet SUSE and abusing his position as Linux Systems Engineer at German Air Traffic Control to become a resident conference who^Wvisitor, Pieter has returned to enjoying the freedom as an independent Linux developer, consultant and occasional involuntary sysadmin. He runs some small Open Source projects of his own but mostly contributes every now and then, here and there and blogs at http://www.0xf8.org. 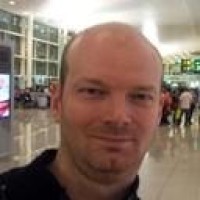 05-04
14:00
50min
How I accidentally became an electronics engineer (actually I didn't)
Pieter Hollants